This project has protected, connected and restored 268 ha of ancient woodland sites by:

Several sites had been identified and the ongoing work was divided into phases to be implemented each year. The project also ran a woodland community event each year.

In Scotland, ancient semi-natural woodlands (ASNW) are sites where there has been a continuity of woodland cover since the first maps were drawn up. 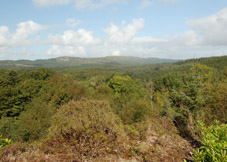 There are also ASNW sites where the former tree cover has been replaced, often with non-native tree species (Plantation on Ancient Woodlands – PAWS). Important features of ancient woodland often survive in many PAWS sites, including characteristic flora and fauna, and archaeology.

Long undisturbed, ancient woods are historical treasure troves, giving a picture of past land use. As the terrestrial habitat most representative of original, natural, stable conditions, ancient woodland is home to more threatened species than any other habitat in the UK, recognised by the UK BAP (Biodiversity Action Plan). They are also timeless places of great beauty and tranquility so are valuable for people’s quality of life.

The Dalriada Project Area has 2,368 Ha of ASNW representing just under 4% of the ASNW in Scotland. 551 Ha of ASNW are protected under SSSI or SAC designations. 1,817 Ha are undesignated and in the main unconnected.

There has been some restoration of PAWS and ASNW sites (460ha over the last 15 years on FC ground focusing on rhododendron removal and broadleaf planting around the SSSI) but there is still much to be done. 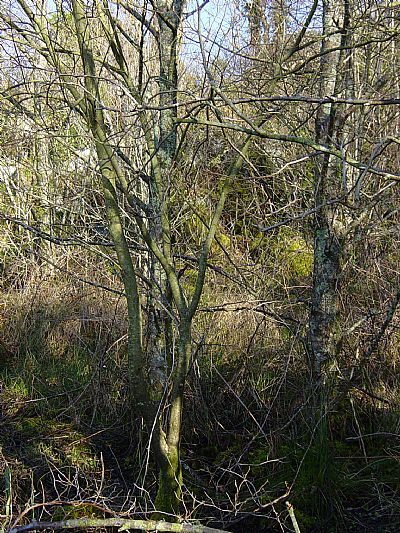 Involvement of local schools and people with disabilities.

The removal of invasive species, particularly rhododendron, is beginning to allow the regeneration of native species.

Woodland events were  held to give the public a chance to see the progress that has been made.

There were guided walks and an opportunity for people to try their hand at woodland crafts.  During one of the days an impressive oak bench with hazel backrest was created in one of the woodland clearings.

For more information on some of the many fascinating lower plants found in our woodlands:  Click here